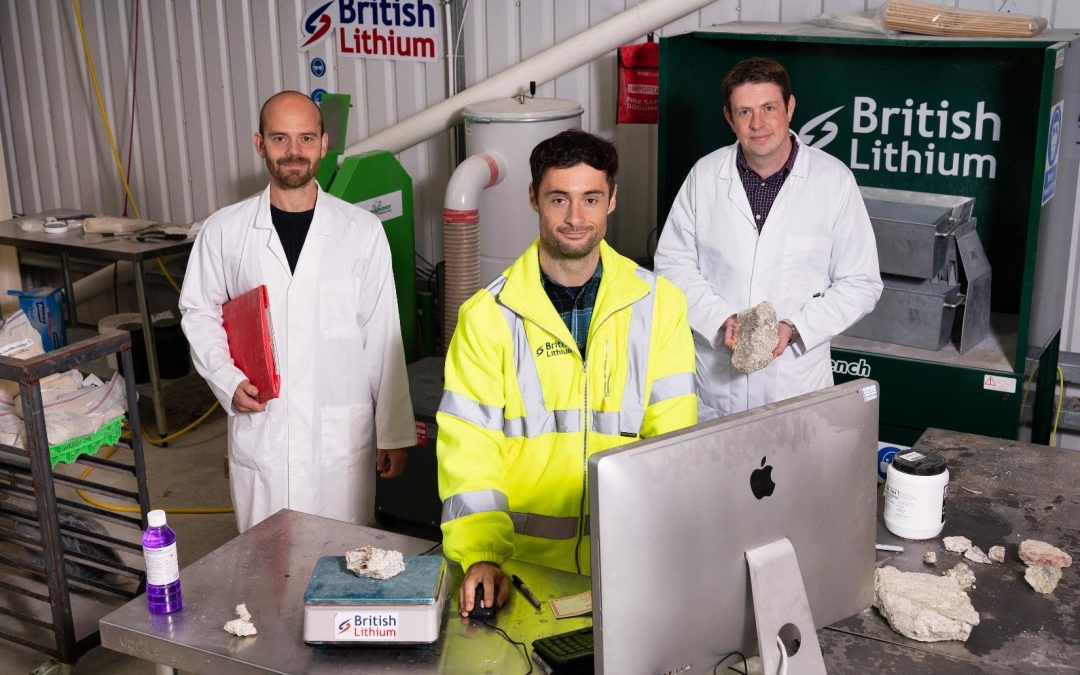 A senior geologist, a metallurgist and a principal engineer have started work with the British Lithium Limited (BLL) team in Cornwall.

Dr Robert Gruar, Dr Klass Peter Van Der Wielen and Robin Kelly are all experts in their respective fields – adding considerable depth of experience to an operation that is now moving at pace from successful research and analysis towards pilot plant development over the next few months.

Robert Gruar joins BLL from Dyson in Malmesbury, where he was principal engineer. An experienced scientist and technology programme manager, he was a visiting academic at Oxford University before moving on to Dyson and spending four years researching and developing battery-related projects there.

Robin Kelly has been working as chief geologist in Nigeria, where he was responsible for implementing and managing an exploration programme that required rapid resource drilling to discover new deposits and bring the mine back into operation. His career has taken him all over the world since completing his MSc in Mining Geology at Camborne School of Mines in 2010.

Klaas Peter Van Der Wielen is a senior metallurgist who studied for his doctorate in minerals engineering at Camborne School of Mines from 2009-2012. His career to date has included working with Wolf Minerals at Drakelands tin and tungsten mine near Plymouth and, latterly, with Grinding Solutions - a mineral processing consultancy based in Cornwall.

“This is a key trio of appointments for us as we progress towards becoming the first company in the UK to extract lithium carbonate from hard rock,” said BLL’s CEO Andrew Smith, a highly experienced mining engineer who previously ran a large international mining team for the Cinovec lithium project in the Czech Republic. “We are currently shipping specialist equipment from Australia to build a pilot plant that should be operational by next Easter. We’ll then consult with local stakeholders with a view to constructing a quarry and processing plant and starting full production in three to five years’ time.”

BLL’s initial drilling programme in the St Austell area began in April 2019. Trenching work followed in September that year to establish the continuity of the discovered ore body over several kilometres and deeper holes were subsequently drilled in December to assess the depth of the find. The results were reported and an official JORC (Joint Ore Reserves Committee) Mineral Resource Estimate declared. A second round of exploration drilling will take place in the next few months, with analysis undertaken on site in the Roche metallurgical laboratory.