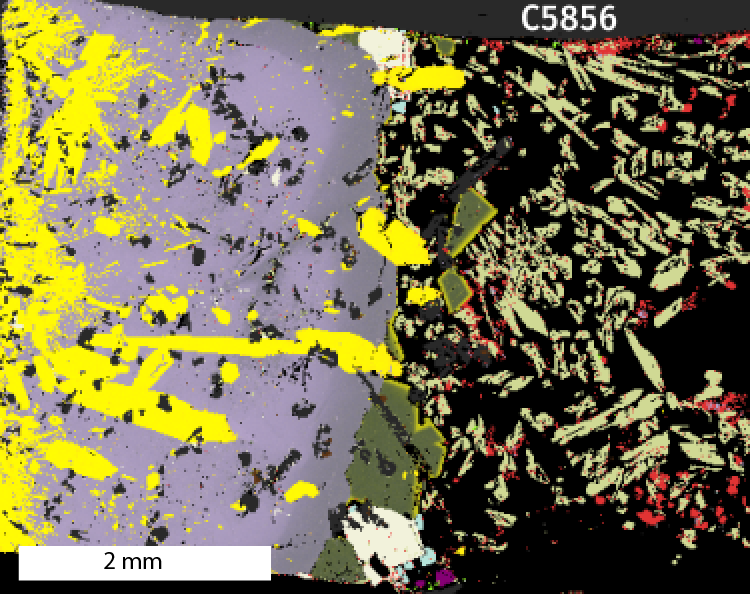 Pioneering new research has helped geologists solve a long-standing puzzle that could help pinpoint new, untapped concentrations of some the most valuable rare earth deposits. A team of geologists, led by Professor Frances Wall from the Camborne School of Mines, have discovered a new hypothesis to predict where rare earth elements neodymium and dysprosium could be found. The elements are among the most sought after, because they are an essential part of digital and clean energy manufacturing, including magnets in large wind turbines and electric cars motors.

For the new research, scientists conducted a series of experiments that showed sodium and potassium - rather than chlorine or fluorine as previously thought – were the key ingredients for making these rare earth elements soluble. This is crucial as it determines whether they crystalise – making them fit for extraction – or stayed dissolved in fluids. The experiments could therefore allow geologists to make better predictions about where the best concentrations of neodymium and dysprosium are likely to be found.The results are published in the journal, Science Advances on Friday, October 9th 2020.

University of Exeter researchers, through the ‘SoS RARE’ project, have previously studied many natural examples of the roots of very unusual extinct carbonatite volcanoes, where the world’s best rare earth deposits occur, in order to try and identify potential deposits of the rare earth minerals. However, in order to gain a greater insight into their results, they invited Michael Anenburg to join the team to carry out experiments at the Australian National University (ANU). He simulated the crystallisation of molten carbonate magma to find out which elements would be concentrated in the hot waters left over from the crystallisation process. It showed that sodium and potassium make the rare earths soluble in solution. Without sodium and potassium, rare earth minerals precipitate in the carbonatite itself.  With sodium, intermediate minerals like burbankite form and are then replaced. With potassium, dysprosium is more soluble than neodymium and carried out to the surrounding rocks.

Professor Frances Wall, leader of the SoS RARE project said: “This is an elegant solution that helps us understand better where ‘heavy’ rare earths like dysprosium and ‘light’ rare earths like neodymium’ may be concentrated in and around carbonatite intrusions. We were always looking for evidence of chloride-bearing solutions but failing to find it. These results give us new ideas.”

Michael Anenburg , a Postdoctoral Fellow at ANU said: “My tiny experimental capsules revealed minerals that nature typically hides from us. It was a surprise how well they explain what we see in natural rocks and ore deposits.”

Rare earth element mobility in and around carbonatites controlled by sodium, potassium, and silica is published in Science Advances on Friday, October 9th 2020.

The SoS RARE project was funded by the Natural Environment Research Council (UK Research and Innovation) as part of its Security of Supply of Minerals programme to help secure diverse and sustainable supplies of ‘e-tech’ metals such as the rare earths.  www2.bgs.ac.uk/sosMinerals