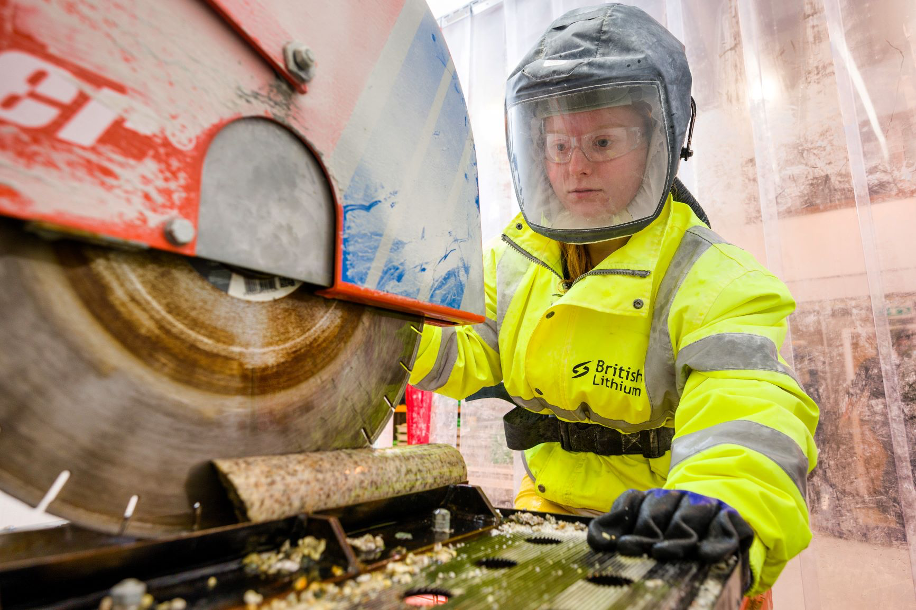 Roche-based British Lithium Limited (BLL) has been awarded £500,000 of match grant funding from the government to progress its research and development of hard rock lithium extraction in the St Austell area of Cornwall.

With an application success rate of around 6 per cent, the Innovate UK Smart Grant is a highly sought-after award and winning it is testament to the strength of BLL’s business case.

BLL is the first company in the UK to explore for hard rock lithium and the only one so far to have established a resource.

“We have undertaken many years of metallurgical research to develop a unique process for extracting lithium from micaceous granite – something never done commercially before,” said BLL’s chairman Roderick Smith. “We have our own laboratory in Roche and our aim is to build a quarry and refinery in Cornwall that will produce 20,000 tonnes per year of lithium carbonate.”

Lithium is a highly reactive and relatively light metal that is ideal for use in batteries – including those that power electric cars. Whilst 2020 has seen a dramatic decrease in the number of petrol and diesel cars sold, sales of zero emission vehicles increased by nearly 160 per cent. Cars represent the UK’s largest export by value and car manufacturers co-locate with battery makers. A number of large lithium-ion battery plants are already under construction in Europe but only one such gigafactory is currently proposed for the UK.

“The amount of lithium we are planning to produce annually will be a major step forward in attracting more battery manufacturers and maintaining our car industry,” said BLL managing director Andrew Smith. “If batteries aren’t being made in the UK, car makers are likely to continue investing in EV production in Europe because that’s where the gigafactories are. Yet Europe isn’t actually producing any battery-grade lithium so achieving that in Cornwall would give the UK as a whole huge competitive advantage.”

Business West, a not-for-profit organisation that helps businesses of all sizes with growth, export and innovation, has provided BLL with invaluable advice and guidance in their grant application.

Business West innovation specialist Kim Howat said: “Innovate UK's SMART grants are designed to support the development of innovative products and services by UK companies, particularly SMEs.  The grant to British Lithium will facilitate the development of its novel technology which is key to battery and electric vehicle manufacture in the UK. Business West provided guidance, advice and assisted the company to construct its successful grant application through its Innovate2Succeed programme which has helped many businesses across the South West win funding and finance.”

BLL carried out its first drilling programme in April 2019 after years of research and reconnaissance. Further trenching took place five months later, followed by an intensive 24-hour diamond-core drilling programme in December. An on-site team of six is now preparing for a third phase of exploration.

Steve Double, MP for St Austell and Newquay, said: “This announcement is excellent news for the local and national economy as it brings BLL another step closer to building a quarry and processing plant that will create hundreds of high quality jobs and provide the UK with a significant sustainable resource. As a proud Cornishman, I’m very excited by the prospect of Cornwall leading the way in the production of hard rock lithium and look forward to further developments over the months and years to come.”

Content provided by SBPR Ltd on behalf of British Lithium