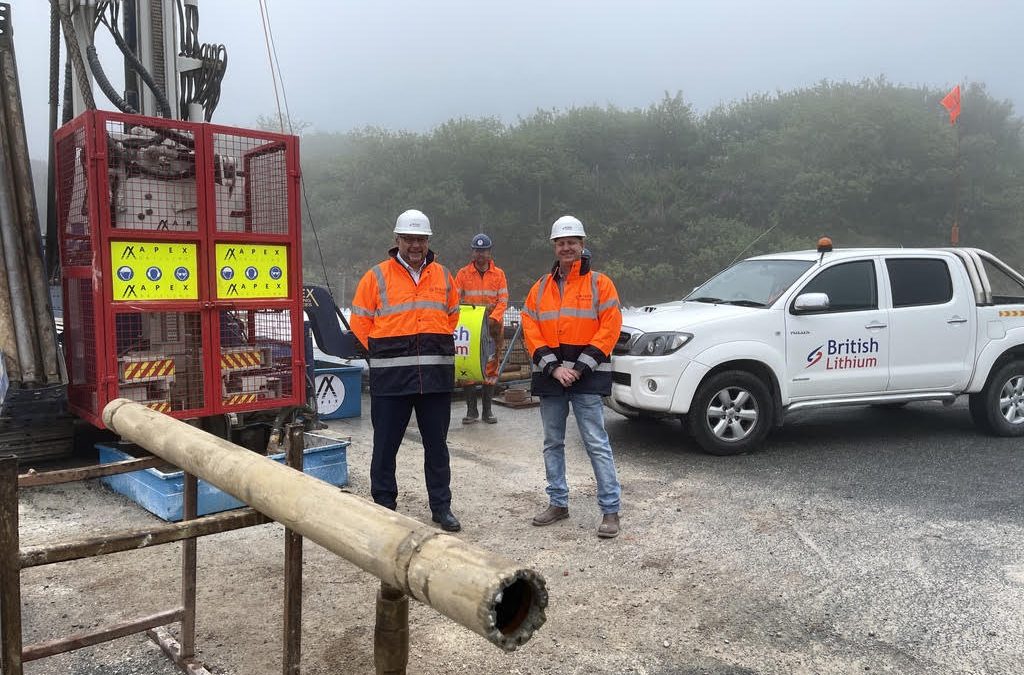 Local MP Steve Double toured the pilot plant being built by British Lithium near St Austell. The pilot plant will be the first in the UK to make lithium carbonate directly from rocks mined in Cornwall.

As the Conservative Member of Parliament for St Austell and Newquay, Mr Double has taken a keen interest in British Lithium’s research and development over the last three years and, in particular, the pioneering extraction technology which aims to make it one of the most sustainable lithium producers in the world.

There is already a patent pending for the company’s low-energy, chemical-free process for physically separating the lithium-bearing mica in granite and other similarly innovative technology is likely to be patented soon.

Having built a unique metallurgical laboratory in Roche, construction of a pilot plant to test production methods and prove quality of product to customers is the next operational milestone. The development is being funded by a £2.9 m Innovate UK grant and high net worth investors.

“It’s exciting to see the progress British Lithium is making towards full-scale, sustainable lithium production,” said Steve Double. “Cornwall has always been at the forefront of mining innovation and this project is a perfect example of using that engineering inventiveness to forge a much greener future for us all.

“The Government backs British Lithium’s plans and I look forward to them producing enough battery-grade lithium to supply around one third of the UK’s annual demand by 2030, when all car manufacture in this country will have converted to EV.”

“Steve is an active supporter of all that we are doing and I’m grateful he found time to see our latest progress during an extremely busy week,” he said.

“Our team of experts continues to grow as operations expand and we remain on track to becoming a key, sustainable lithium carbonate producer in three to five years’ time.”