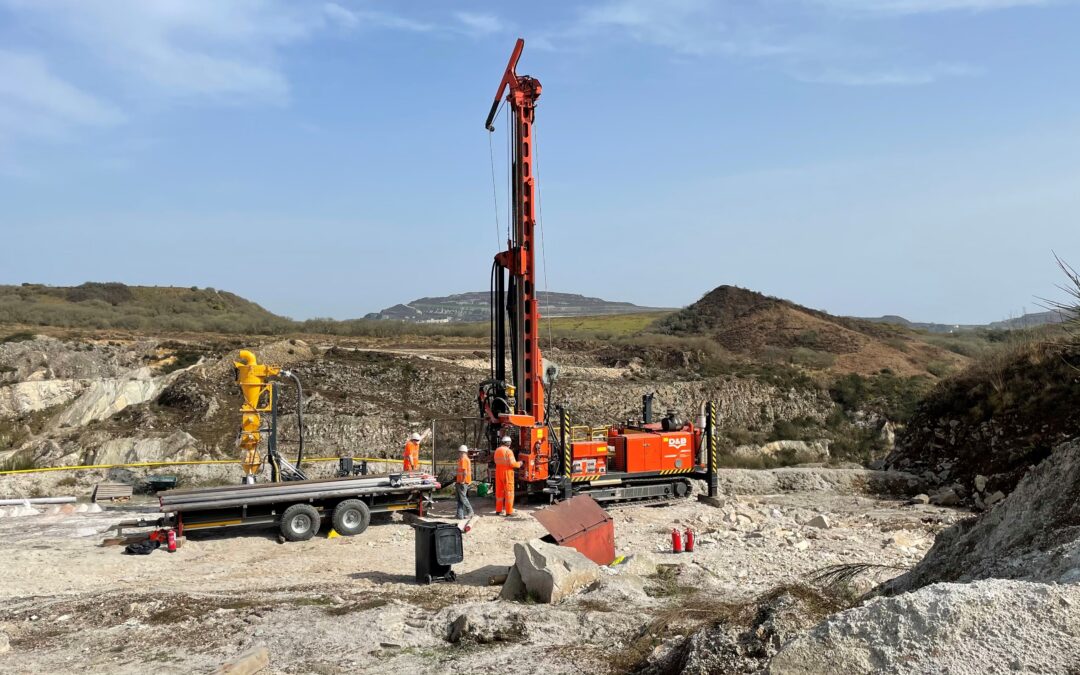 Cornish Lithium Ltd is an innovative mineral exploration and development company focussed on the environmentally responsible extraction of lithium from geothermal water and hard rock sources in Cornwall, UK. The Company is pleased to announce updates from both its lithium in geothermal waters project and hard rock project.

The hard rock project is based at Trelavour, a former china clay pit near St Austell, Cornwall. The Company finished its second drill program at Trelavour in early June 2021, with the program lasting four months. During this time 22 ‘reverse circulation’ drillholes and eight diamond drill holes were completed, totalling 4,355 metres. Following the drill program, the team have meticulously logged, sampled and modelled the data from these boreholes and thus far results are encouraging. Cornish Lithium hopes to produce its first JORC resource on the project in the autumn.

The Company has also been awarded funding from the Automotive Transformation Fund; this one year project will enable Cornish Lithium to refine previous metallurgical test-work for its hard rock project and progress a demonstration extraction plant at Trelavour. This grant will enable the Company to progress the Trelavour project and will form a key component of the project’s feasibility study, as the UK races to secure a domestic lithium supply.

The lithium in geothermal waters project is based at United Downs, near Redruth in Cornwall; it is here that the team have constructed a Geothermal Water Test Site (the Test Site). During the G7 conference the project received a lot of media attention, due to the increasing global awareness of the responsible production of lithium. The Test Site is being used to trial and review different environmentally responsible Direct Lithium Extraction (DLE) technologies, on both shallow and deep geothermal waters. GeoCubed, a collaboration between Cornish Lithium and Geothermal Engineering Limited has also been established to construct a pilot plant to assess the potential for co-producing lithium and geothermal energy.

Jeremy Wrathall, Founder and CEO of Cornish Lithium, said: “The Test Site at United Downs provides us with an opportunity to demonstrate what modern, low-carbon mineral extraction looks like, and the results will inform the development of the larger pilot plant that we intend to construct by the end of March next year. After world leaders gathered in Cornwall for the G7 summit to take collective action towards securing a green and global economic recovery, and with the news that Nissan is considering constructing a battery gigafactory in the North East, the timing could not be better for Cornish Lithium to play a significant role in establishing a crucial domestic supply chain for the EV industry.”

Cornish Lithium currently have a team of 20 employees based in Cornwall and are actively looking to expand following the Company’s successful crowdfunding campaign. For details about recruitment and current job opportunities please visit the careers section of the Company’s website HERE