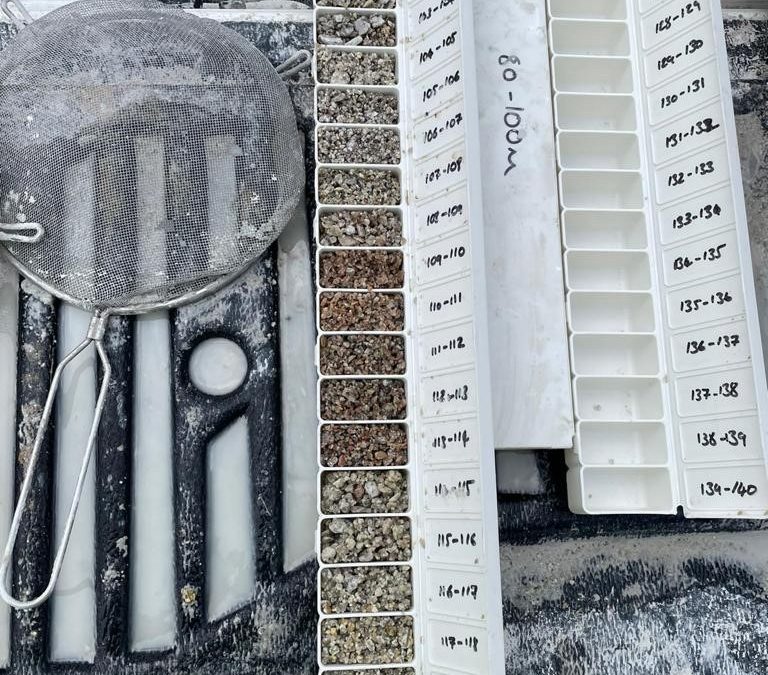 Cornish Lithium has announced the formation of a consortium involving Cornish Lithium, Imerys Minerals Limited, and sustainable manufacturing innovation consultancy, HSSMI to assess the potential for Co-production of Lithium and China Clay in Cornwall (CLiCCC Project). The Project will assess the potential to produce lithium from waste material produced from both current and historic kaolin operations. Cornish
Lithium will be the lead partner for the £1 million CLiCCC Project, which will benefit from Innovate UK’s funding.

The CLiCCC Project consortium aims to evaluate the economic viability of extracting lithium from minerals that occur in the same rock as kaolin. This could increase the resource efficiency of the mined rock, with the double benefit of making the Cornish kaolin industry even more competitive in international markets, as well as contributing to securing a domestic supply of lithium that is vital to the UK’s transition to renewable energy and a zero-carbon economy. The fact that the British automotive industry will switch to electric vehicle production from 2030 will necessitate the construction of battery factories in the UK and the development of associated raw material supply chains, including the manufacture of lithium battery chemicals.

Kaolin was first discovered in Cornwall in 1746. Since then, Imerys developed to become one of the world’s largest producers of kaolin. Today, Imerys employs more than 750 people in mid-Cornwall, 1100 people in the United Kingdom and contributes over £220 million sales per year to the British economy. Imerys supplies, from its Cornish mining and industrial footprint, a large number of growing applications worldwide such as paints, coatings, plastics, ceramics, rubber, pharmaceuticals or cosmetics. Kaolin in Cornwall is largely sourced from decomposed granite, a rock that has also been shown to contain lithium minerals in the form of lithium mica. The lithium potential of the kaolin region in Cornwall was outlined in a British Geological Survey report of 1987, but at that time there was no economic imperative for such a source to be commercially exploited.

Jeremy Wrathall, Founder and CEO of Cornish Lithium, said: “Having identified the opportunity for the co-production of lithium and kaolin, Cornish Lithium is ideally placed to evaluate the opportunity to build a lithium raw material supply chain in Cornwall. We look forward to collaborating with Imerys and HSSMI on this exciting project. The Project enables us to collaborate with Imerys and we look forward to benefiting from HSSMI’s expertise in the circular economy. This £1 million project, funded by a grant from Innovate UK, demonstrates the strategic importance of the CLiCCC Project to the UK economy as we seek to establish a robust, domestic source of lithium to support the UK’s energy transition.”

Steve Double, MP for St Austell and Newquay, said: “The award of funding to Cornish Lithium, Imerys and HSSMI from Innovate UK for the Co-production of Lithium and China Clay in Cornwall Project is great news. Seeing our kaolin industry opening up to the new and emerging lithium extraction business will create new hi-tech and well-paid jobs, and drive economic growth for Cornwall for our and future generations. This is a huge opportunity for Cornwall and I am delighted to see it recognised and allowed to grow with this funding award.”

Ashley Shopland, Imerys Minerals Limited Board Director, said: “Imerys is pleased to work with the CLiCCC partners on this exciting project to evaluate the possibility of building a new, strategically important, project for the UK economy.”

Savina Venkova, Circular Economy Manager at HSSMI, said: “HSSMI is looking forward to working with Cornish Lithium and Imerys on the CLiCCC Project. For the future of electrification, it is vital to explore how the UK could gain access to lithium deposits. Our expertise in working across industries, including the electric vehicle recycling and manufacturing industries, to help companies maximise the opportunities offered by the circular economy will be extremely beneficial to the Project team.”

For more information on Cornish Lithium, please contact Tim Blythe or Megan Ray at Blytheweigh on
07816 924626 or email tim.blythe@blytheweigh.com, megan.ray@blytheweigh.com.